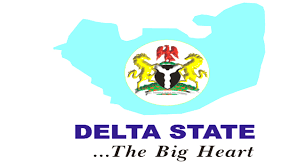 Delta State is a state in South-Southern Nigeria created on 27 August 1991; it is bounded in the north and west by Edo State, the east by Anambra, Imo, and the Rivers States, southeast by Bayelsa State, and on the southern flank is the Bight of Benin. Its capital is Asaba.

Delta State is nicknamed “the Big Heart”, and is the largest producer of petroleum products in the country.

Click on the link representing the location you wish to look up in Delta State to reveal its postal code / zip code: