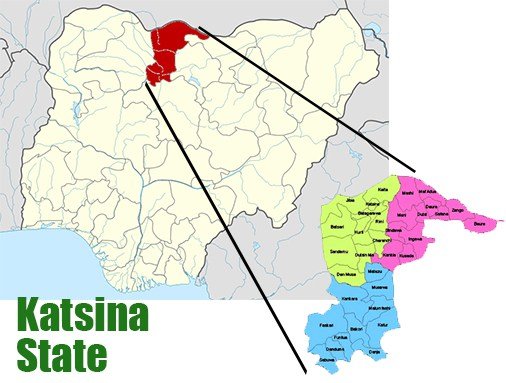 Katsina State is nicknamed “Home of Hospitality’’ and it is the largest cotton producer in the country.

Click on the link representing the location you wish to look-up in Katsina State to reveal its postal code / zip code: