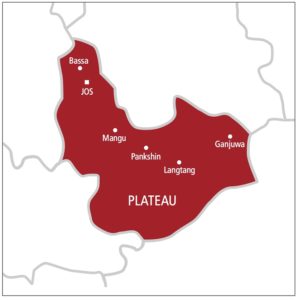 Plateau State is a state located in Nigeria’s middle belt (loosely known as North Central). Its capital is Jos. The state is named after the picturesque Jos Plateau, a mountainous area in the north of the state with captivating rock formations. It is adjacent to Bauchi State to the Northeast, Kaduna to the Northwest, Nasarawa State to the South West, and Taraba State to the South East.

Plateau State is nicknamed “Home of Peace and Tourism”.

Click on the link representing the location you wish to look-up in Plateau State to reveal its postal code / zip code: